Julia Quinn Which Bridgerton Are You? | Julia Quinn

Which Bridgerton Are You?

Thanks to the magic of Instagram Story Filters, you can finally get the answer to that burning question: Which Bridgerton Are You? As you can see, JQ got Penelope: 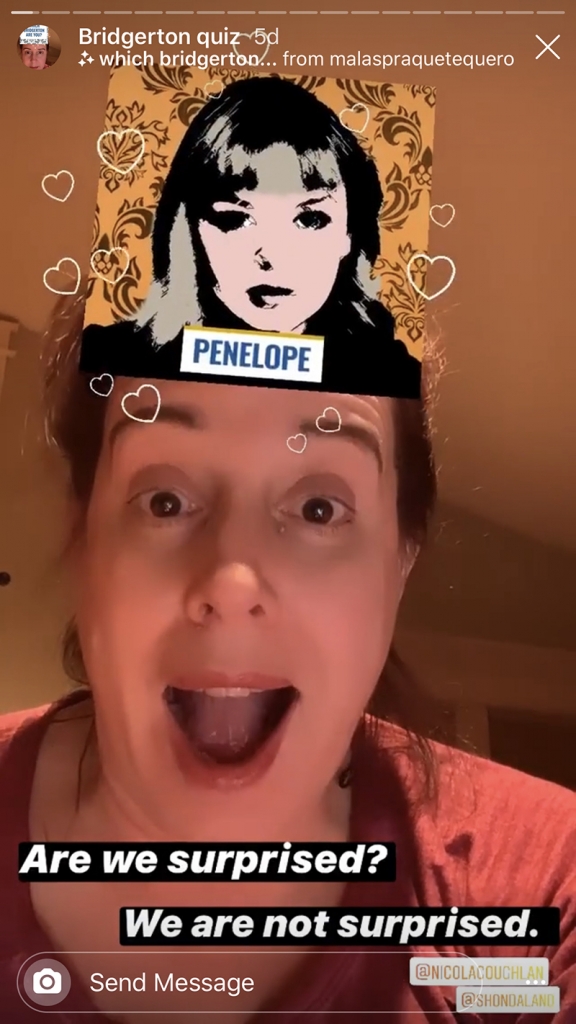 If you’re not familiar with story filters, click here is a step-by-step to use the filter and get your Which Bridgerton Are You? answer.

1. Via the app, go to JQ’s Instagram page. (She’s @juliaquinnauthor)

2. Locate the button that says “Follow” or “Following” — it should be midway down your screen. (Also, if the button above that says “follow” it means you’re not already following JQ, and you should, so press that, too!)

3. Right below the “Following” button you’ll see a circle with JQ’s face in it. It should be all the way on the left of a row of circles. Underneath the circle it says “Bridgerton…” like this (below, though the giant arrow pointing to it is just here to show you, it’s not on Instagram). Tap on that circle.

4. JQ’s story archive will open up, and you’ll see a video of her with the filter. At the top of the screen you’ll see the words: “which bridgerton… from malaspraquetequero” Tap on that. (This is where some folks have to try it a couple of times — you may need to tap lightly or more carefully right on the word “malaspraquetequero” — it’ll work. Keep trying.)

5. This will open up a dialogue box about the filter as seen below (again, with giant arrow ). Click “Try it”! 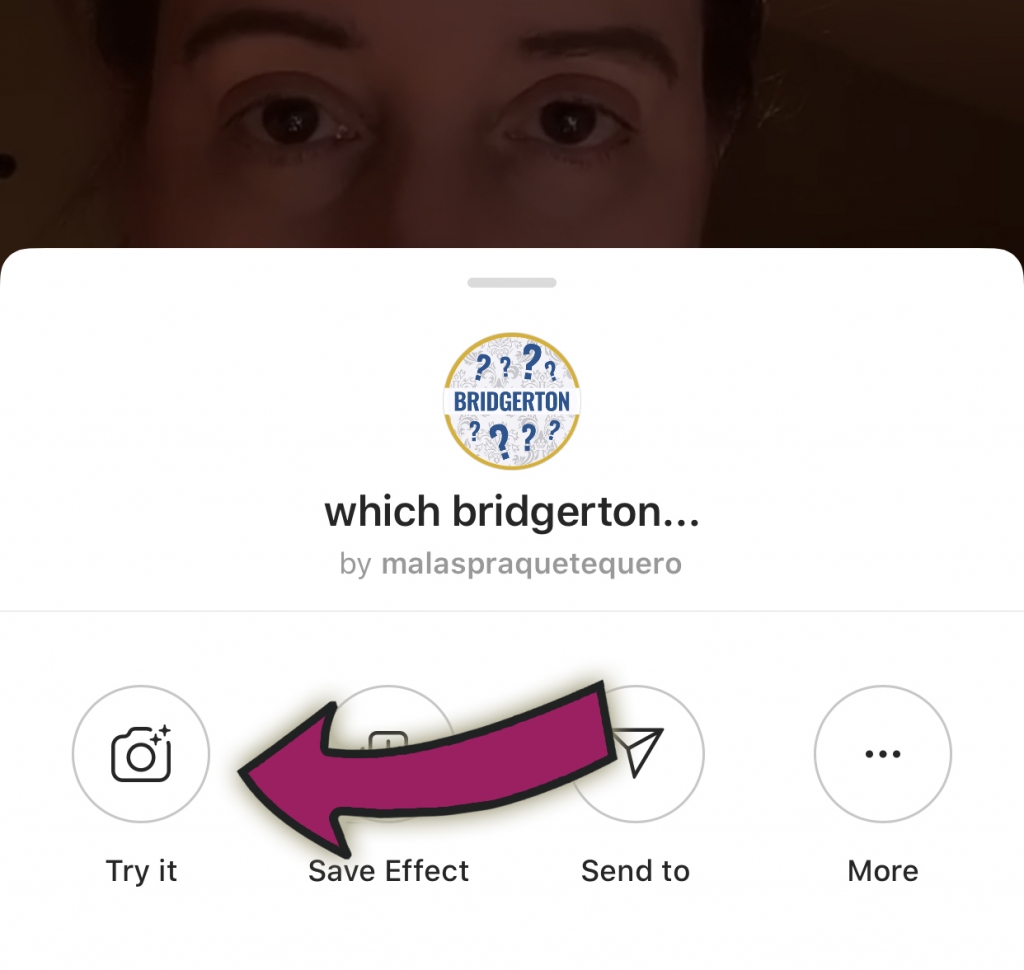 6. A “BRIDGERTON” button will pop up in the center of your screen, like this: 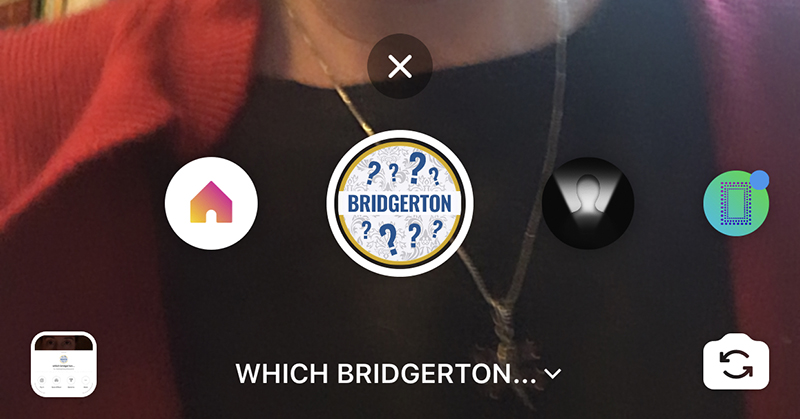 Press and HOLD the BRIDGERTON button. You have to hold it until the filter stops and settles on a character. Don’t let go that very moment, though. Give it another second so your reaction can be caught! If you don’t love the video, you can give it another go before you post.

7. If you want to post your story, click on “Your story” in the lower left. BUT FIRST, make sure you tag JQ @juliaquinnauthor so she sees it (use the Aa in the upper right to type the tag). She’s been reposting some of the best reactions.

← Back to JQ's Full News Feed