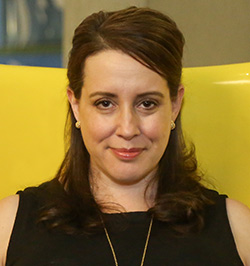 #1 New York Times bestselling author Julia Quinn loves to dispel the myth that smart women don’t read (or write) romance, and if you watch reruns of the game show The Weakest Link you might just catch her winning the $79,000 jackpot. She displayed a decided lack of knowledge about baseball, country music, and plush toys, but she is proud to say that she aced all things British and literary, answered all of her history and geography questions correctly, and knew that there was a Da Vinci long before there was a code.

On December 25, 2020, Netflix premiered Bridgerton, based on her popular series of novels about the Bridgerton family. Season 2 premiered on March 25, 2022.

If you are a journalist looking for more information, please visit JQ’s Media Kit.

To stay up-to-date on all Bridgerton-on-Netflix news, subscribe to JuliaQuinn.com News & Updates.

“In some ways, portraying a healthy relationship in literature is the most revolutionary thing you can do.”
—Julia Quinn 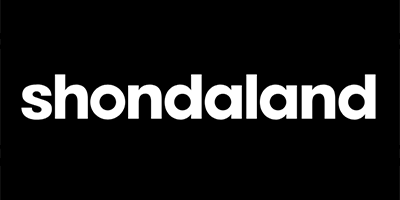 Miss Butterworth and the Mad Baron is a graphic novel created in collaboration with Quinn’s late sister, Violet Charles. It contains lots of inside jokes for Bridgerton readers: pigeons, especially.

Gossip Girls: The cast of Bridgerton spills all the tea on a sizzling Season 2

Bridgerton is intent on having its pastel-colored cake and eating it, too.

How JQ Became a Writer

During her senior year at Harvard College, Julia Quinn (often known in cyberspace as JQ) realized that she didn't know what she wanted to do with her life. This depressed her. In fact, the only thing that saved her sanity during this dark, dreary time was the fact that none of her friends knew, either. So she sat down with a big tub of Ben & Jerry's and a good book and decided to figure out what to do.

Getting a job seemed too difficult. She wouldn't mind HAVING a job, but she certainly didn't know how to get one. 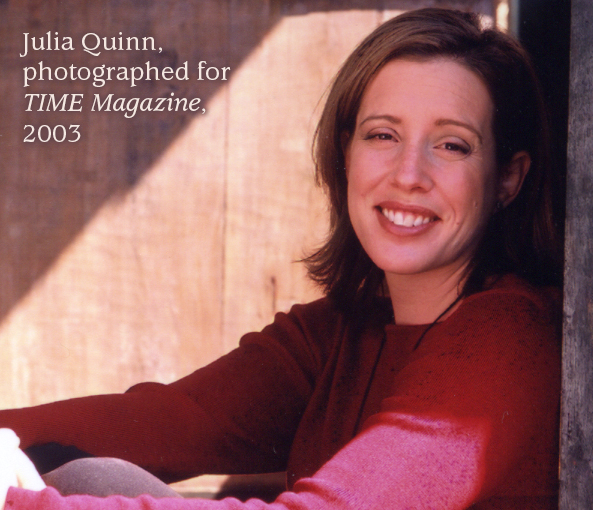 Law school seemed too annoying. Everyone hated lawyers, and Julia liked to be liked.

Business school was not an option. They only took people who had been in the work force for at least two years, and, as noted above, Julia didn't know how to get a job.

The only option left (this shows you how narrow her world-view was) was medical school. "Aha!" she thought. "I could be a good doctor." She quickly picked up the phone and ran this idea past her parents, who were understandably baffled, since her degree was in Art History, but being the cool people they are, they said, "Great!" 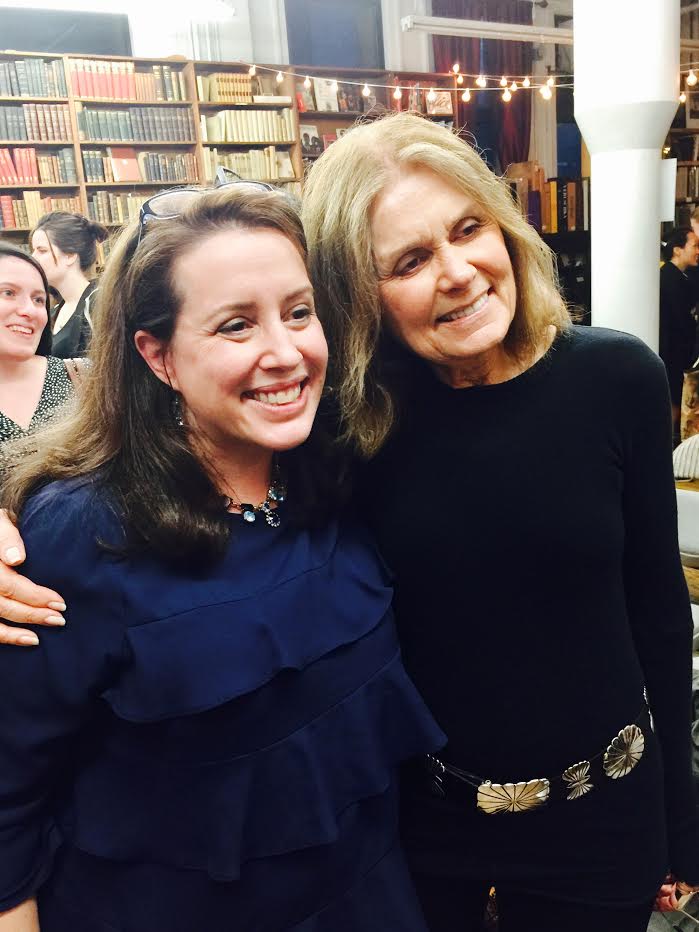 JQ with Gloria Steinem at The Strand in NYC, 2017.

Julia hung up the phone, blinked a couple of times, and said aloud, "Okay, so I'm going to be a doctor. Cool." Then she pulled out a pad of paper and proceeded to figure out how long this would take. (Note: careers in medicine are not for those who crave instant gratification.) It turned out that it would be over two years before she could even ENTER medical school since she had to take all those pesky science classes in order to apply. Clearly, she needed to find something to do during that time, since she knew from experience that she probably wouldn't be studying as much as she ought.

That's when she looked at the book next to the tub of now-empty Ben & Jerry's. It was a romance. "I could write one of those," she thought.

And so she did.

Two years later, just as Julia was deciding between Yale School of Medicine and Columbia College of Physicians & Surgeons, her agent called to tell her that her first two books were the subject of a fierce bidding war between two publishing houses.

So she put off medical school for a year and wrote a third novel. Then she put off medical school for another year and wrote a fourth. Then she got a little nervous and thought that maybe she ought to give med school a try and so she picked up a scalpel, started dissecting cadavers, and learned more about the citric acid cycle than anyone (including most med students) wants to know.

A few months later, however, she realized that she must have experienced a bout of temporary insanity and she withdrew from medical school and never looked back.

JQ ON BEING A WRITER: The Seattle Public Library Podcast

MEET JQ AT AN EVENT NEAR YOU! Check dates and locations on her Events Calendar 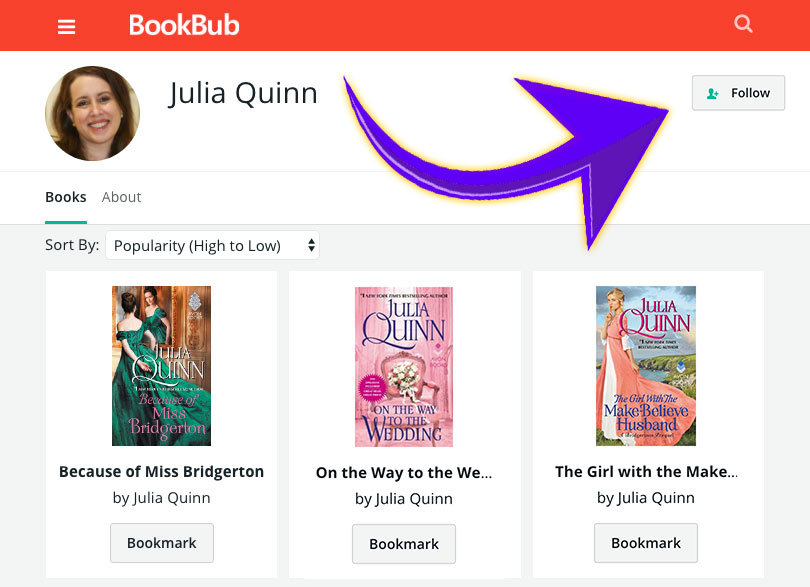 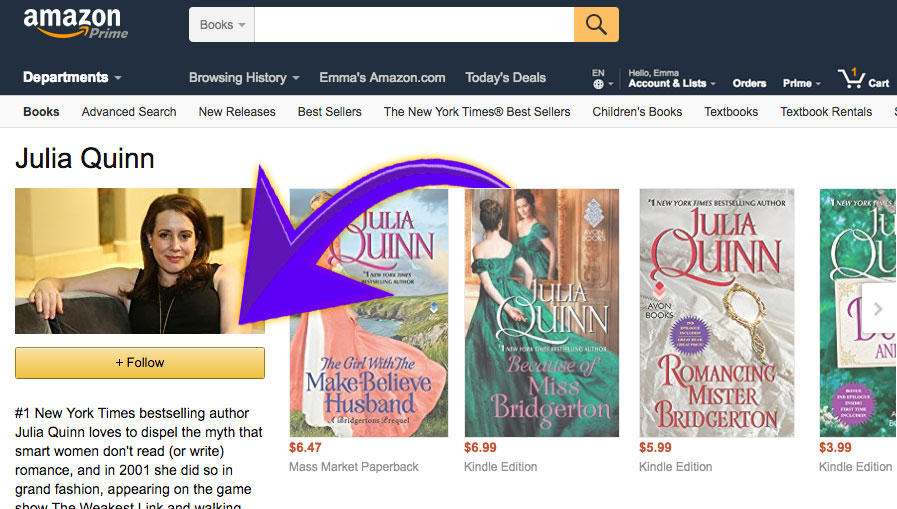 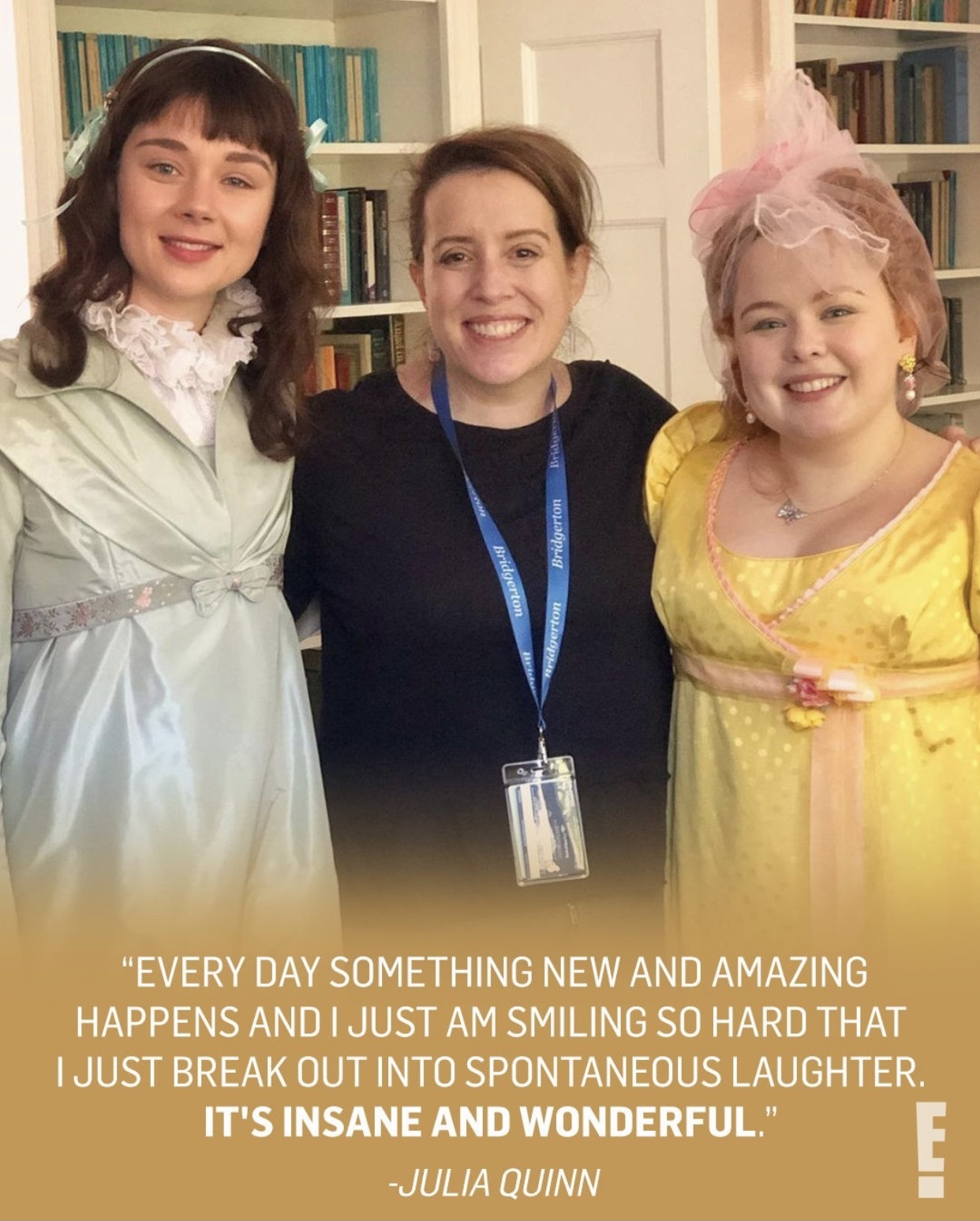 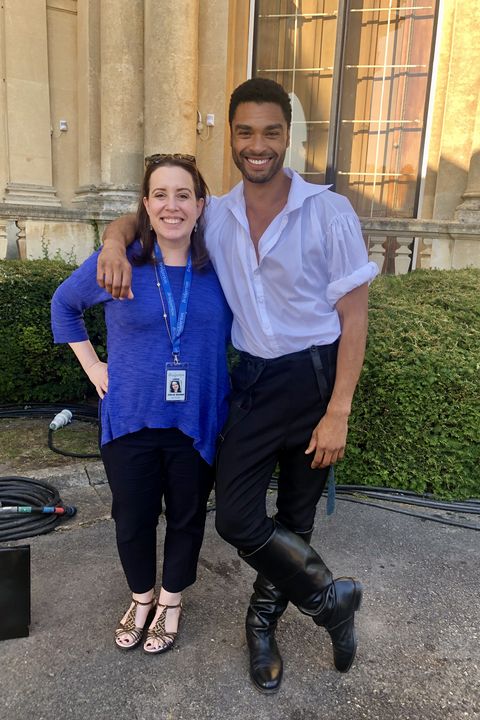 JQ with his grace, Regé-Jean Page 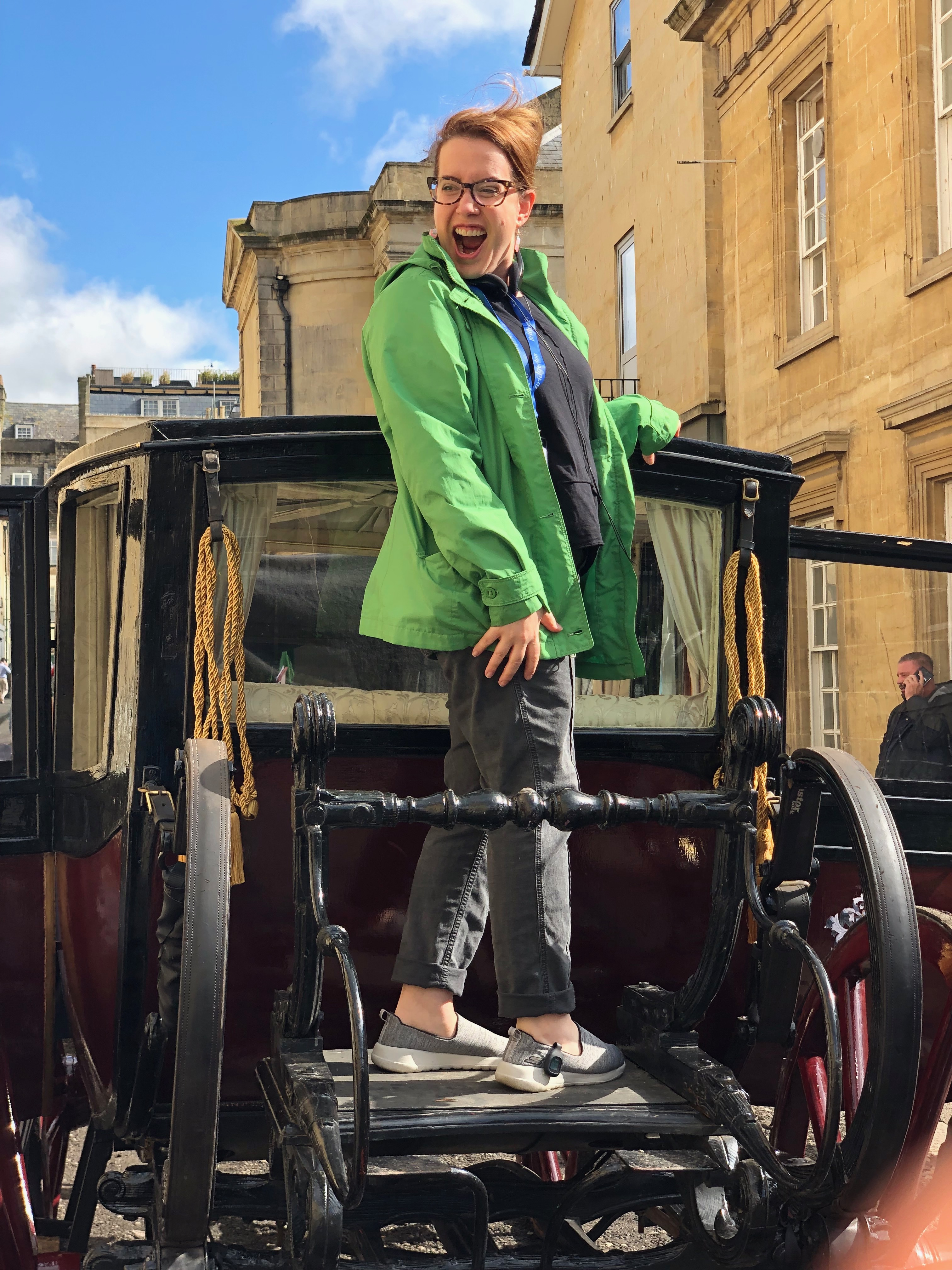 JQ on the set, having a spot of fun

Check out Fast Facts, Career Highlights, some Media Mentions, and a lot more about JQ in the

Or, for the less journalistically minded, see the music video in which JQ runs in slow motion across a lawn wielding a garden hose to extinguish a bride on fire. Really.

I love meeting readers! Here I am in São Paulo during my 2017 tour of Brazil.

My dad is also an author! He writes the very funny Cheesie Mack series for middle grade children. 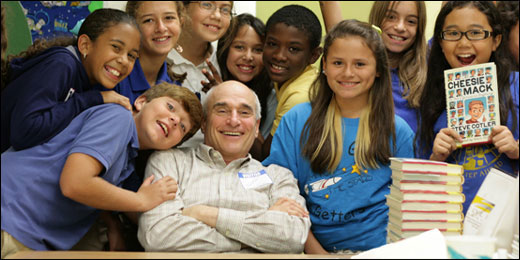 You know about the Bridgertons, but have you met the Rokesbys? 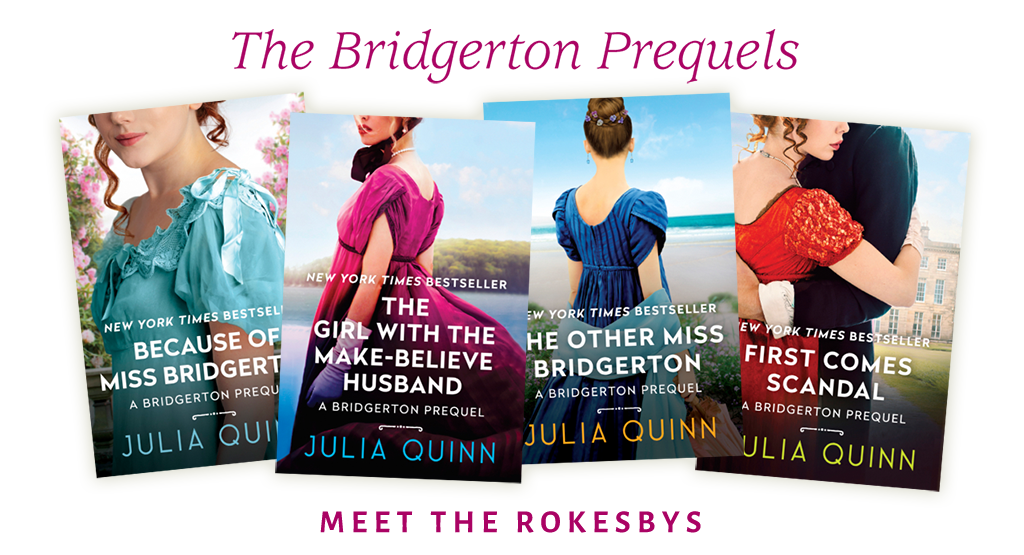