Because sometimes you have a very particular question…

Readers first hear about the younger Pleinsworth girls in It’s in His Kiss, when Gareth and Hyacinth attend the Pleinsworth poetry reading. I was trying to make the event as ridiculous as possible, so at the last minute our hosts decided to instead perform an original play called The Shepherd, the Unicorn, and Henry VIII. Written, of course, by Harriet Pleinsworth, a 16-year-old with a gloriously fantastic imagination.

Fast-forward several years to when I was writing the second book of the Smythe-Smith Quartet. The heroine of A Night Like This was a governess, and Harriet, Elizabeth, and Frances Pleinsworth were her students. And they managed to steal every scene they were in.

And then finally, in The Secrets of Sir Richard Kenworthy, I brought back those Smythe-Smith events from the first half of It’s in His Kiss (and even make mention of both Hyacinth and Gareth — for more on this connection please see my Author’s Notes). The scene with The Shepherd, the Unicorn, and Henry VIII was finally staged in all its glory, and was, to quote myself: “by far the most fun scene to write in the book.” Honestly, it was one of the most fun scenes I’ve ever written, period.

I am sure readers can feel my love for Harriet, Elizabeth, and Frances just as they are. Which brings me to the Long Answer to why I won’t be writing stories for them: I love them too much as children to “grow them up” for romances of their own.

P.S. Daisy Smythe-Smith (Iris’s younger sister) also won’t be getting a story. But in her case it’s because she has no sense of humor. How do you write a book about someone with no sense of humor?

Yes, there is a reason almost all my characters take their tea this way, but my reason for this is far more mundane — in my opinion, anyway — than the numerous ways readers have asked me about it. For instance:

“Why do all your male characters taking their tea with milk and no sugar?”

JQ: It’s not just all the male characters. It’s ALL the characters. Except Hyacinth. She takes hers with lots of sugar. Why? I couldn’t tell you except that when I was writing her tea scene it just seemed obvious.

“Is ‘milk, no sugar’ the most popular way the members of the ton took their tea, and if so, can you share your research for this?”

JQ: I don’t think there was a most popular way. I think people just took it the way they liked it.

“Was declining sugar for tea your way to show that your heroes weren’t foppish?” 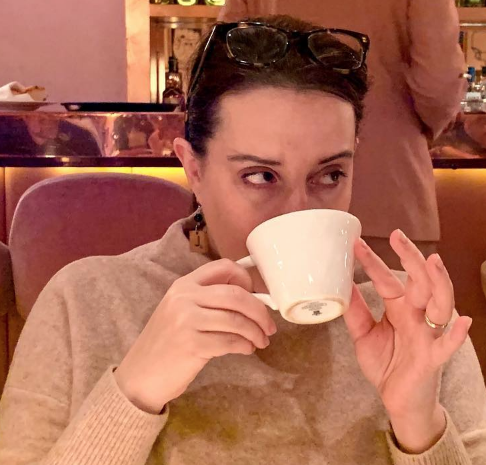 The reason is simple. My characters take their tea the way I take my tea.

Regarding the misprint in the new trade paperback editions for When He Was Wicked and It’s in His Kiss – so sorry about that! This was due to a printing error. My publisher has issued a statement with instructions on how to read the correct pages online and how to obtain replacement copies. Please visit their website for more information.

“A Strange Fascination” is a very short story I wrote in 2014 for the Scottish magazine My Weekly. Very few readers outside of Scotland ever saw it, though, so I dusted it off and gave it to my bestie Stefanie Sloane to include as a freebie with her Costswolds Christmas novella “Under the Mistletoe.”

No, really. Spoilers. Stop here if you haven’t read The Girl With the Make-Believe Husband.

He’s dead. Really. At least that was my full intention when I wrote TGWTMBH. (No fun acronyms here.) He was dead when plotted the book, and he was dead when I wrote it. And if I hadn’t meant for him to stay dead I would never have named him Thomas. (I don’t repeat hero names, and I do have a soft spot for Thomas Cavendish.) But…

I hadn’t anticipated how much readers would take to him. After all, he exists only the in brief snippets of the letters he writes to his sister. Also, I wrote those snippets after the book was almost completely finished, so to me he didn’t feel quite as integral to the story as he did for everyone else. (You felt his presence throughout the entire reading experience, whereas I got to know him only at the very end of the writing experience.)

But now I’m hearing from readers who tell me they are sure he’s still alive. After all, no one found a body. (This is where I gently point out that no one looked; it was a war zone and too dangerous.) I could tell you that I know where the body is buried. Because I do; I did a ton of research on the area, and I actually grew up close by. But if you didn’t believe that he was dead in the book, I don’t think anything I say here would convince you.

So is he dead? Well, I think so. I mean, he is unless I think of a semi-plausible reason he’s not. Which I haven’t.

They’re not. Well, not much. We did take one side character from The Lady Most Likely… and turn him into one of the heroes of The Lady Most Willing…, but beyond that, the only thing they have in common is their collaborative form. And that we had a lot of fun writing them!

I hadn’t planned on writing more about Posy, but so many readers asked about her that I made her the focus of An Offer from a Gentleman: The 2nd Epilogue. She also gets a brief update in To Sir Phillip, With Love.

Read When He Was Wicked: The 2nd Epilogue for your answer! And as an aside, I have to say that this short piece might be my favorite thing I’ve ever written.

The plot wouldn’t allow it. If Victoria had been anywhere in the vicinity, her sister Ellie would have had the option of moving in with her, and thus would never have entered a marriage of convenience with Charles. It would have been a very short book.